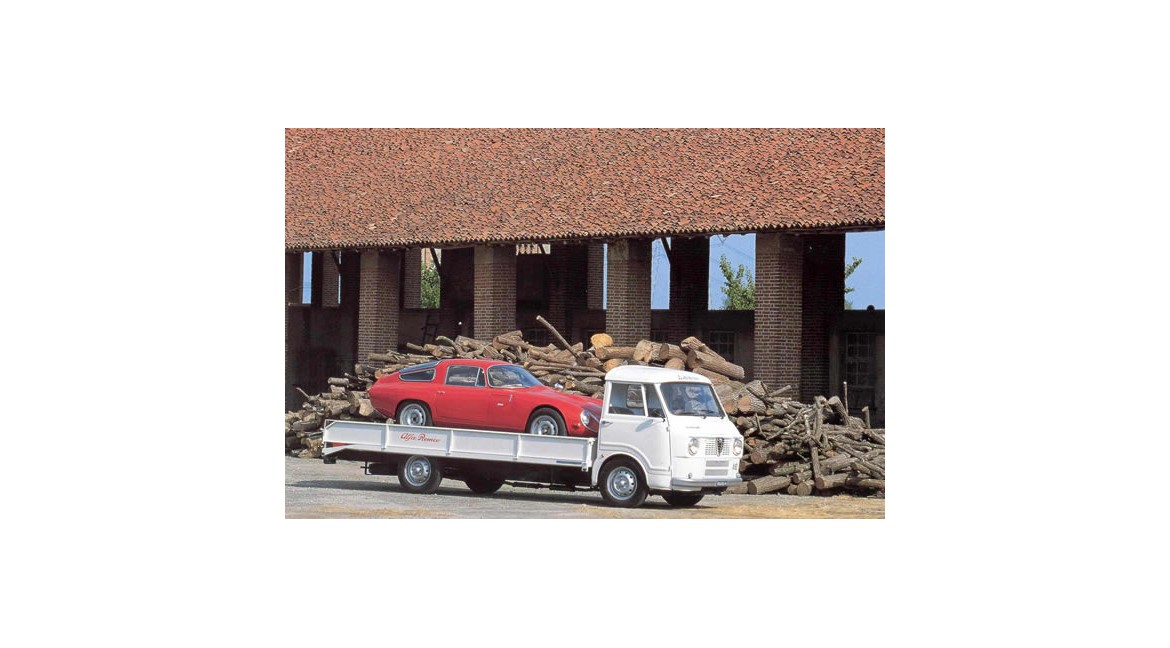 A12: EVERY ROMEO HAS HIS JULIET

This is an excerpt from the book “Alfazioso” by Gippo Salvetti, president of the Alfa Romeo Blue Team and owner of one of the largest and most important collections of post-war Alfa Romeos.

The photos are by Sandro Bacchi.

Our grateful thanks go to the author and to the publishers, Fucina Editore, for authorising publication of this excerpt. This book and others are available at the website: www.alfazioso.it

Those of you who had the good fortune to read my previous work, “Alfazioso” might remember the numerous praise I heaped on the Romeo-F12 light commercial vehicles; I say to you now, relax, it won’t happen here. I won’t repeat here that Alfa Romeo trucks and vans were head and shoulders above the rather banal late 1960s competition. I won’t remind you that, thanks to the front wheel traction, the exploitation of available space would make modern mono-volumes blush. I won’t try to convince you that with an F12 “ambulance” you’d get to the hospital in half the time and have a better chance of mending. I won’t mention the above because I don’t believe it myself, though I’d really like to. I won’t bore you with the fact that these vehicles are rare due to their price tag being rather high and have practically disappeared from circulation. I won’t torture you with technical considerations that can only interest one suffering from an acute case of Alfa-virus. I’ll only tell you that a certain Alfa A12 car transport truck is linked to many cars which are today members of the Alfa Blue Team. It all started in the mid-1970s. While in the Milanese suburb of Segrate, I came across a small office with a courtyard. In the latter was parked an A12 with a Giulietta Spider parked on its platform. Mandatory stop here. I went in, looked around, asked a few questions, and became friends with the truck’s owner, Roberto Gementi. He divided his time between being a mechanic with a passion and knowledge for Alfas and worked for the community removing broken down or abandoned vehicles.

The Giulietta was also his; he parked it on the A12 for a question of space. His A12 was a “Scattolini” model. An Alfaziosa choice to be sure. His basement was chaotic treasure trove of old old Alfa pieces; his father had never thrown anything away and he had the same habit. It was in this way that he became my sidekick in saving abandoned Alfa Romeos; these were always put on his orange A12 to be led to safe-keeping; it was a modern day Noah’s ark. The only limit was that the cars were “single” rather than in couples but the reproduction would be guaranteed in the years to come. Even more, Gementi and his A12 were always there whether it be a blown coupling, a valve that had gone into early retirement, or a shredded differential gear.....I would call him at 2:00 in the morning to explain my plight and his answer would always be “I’m on my way!” With his pyjamas on under his work clothes, you would suddenly see him appear out of the fog on the Val Padana at the wheel of his “Scattolini” with its orange light flashing like a lighthouse beacon to guide and welcome weary mariners after a long Atlantic voyage.

That feeling of deep security that one far from the coast has upon seeing that tug arrive to guide him in was something I experienced many times seeing that orange truck arrive to aid a needy motorist. Now, don’t go thinking all this means that Alfas have some congenital weakness; rather it would be the continuous use I gave them and my lack of skill (and patience) in fixing problems on the spot. You can understand, then, how much this man and his truck, punctual as a Swiss watch, came to mean to me.  He came, he saw, he brought away. When it came to picking up two important cars six hundred kilometres apart he did it in forty-eight hours.

The average weight was over 1,100 kg declared on the books. When, fearing the owner would change his mind, he went racing to pick up a 6C 2500 S he drove back at a snail’s pace fearing excessive speed would cause him to lose his precious cargo. He didn’t even give up when it came to bringing home an A12 camper so much larger than him I still don’t know how he managed to make it fit; I really don’t want to know either.

Gementi’s inventive imagination represented the grey area between genius and insanity. Like the the time my friend Eugenio Ballarin decided to use his Giulia Diesel to tow a Giulietta Sprint Veloce from Rovigo to Milan one Sunday evening. I mean late in the evening, because Eugenio worked nights in a hospital and therefore had no problem with a late-night drive that meant lass traffic and cooler temperatures. Toward two in the morning, the Giulia breathed its last and died. Inevitably, the call came to a sleeping Gementi and as dawn broke he came out of the early morning fog to save yet another motorist. They say that a job begun well is half done, but here there was the enviable task of getting home the Giulia truck, the A12 and the Sprint Veloce. If the truck had had a touring hook the solution would have been obvious; the more important car on the platform and the truck hooked on behind and, driving slowly, everyone home.

Maybe. Only the A12, without a tradition chassis like on the heavier trucks hadn’t foreseen tow-bar.  Even the most optimistic would have had their doubts here but Gementi was determined to solve the situation with that bit of Italic imagination that had allowed him to solve countless, more difficult problems before. The Sprint Veloce went on the platform with the Giulia hooked onto the bar at the rear and the truck hooked onto the Giulia! This was a convoy so illegal that one could be excused for suspecting a bit of exaggeration but this is the truth. Making our way toward Milan, two policemen suddenly appeared and, fighting their first instinct to shoot us on site, pulled us over. They were both still dumbstruck at what they had come across but as they came to their senses they showed some compassion and let us disappear once more into the fog to make our merry way towards home. If only for a sense of just recognition, I had to add an A12 to my collection but when it came time for Gementi to replace his for something bigger and more modern I let it get away due to worries about storage space. Some time later something began to tick away inside me. I remembered a friend who periodically used an A12 for his needs. I made a quick phonecall and he confirmed that he still had it.

He used it only a couple of times a month but it came in handy for some urgent jobs. He’d bought it new in 1970 and since then he’d only put 67,000 km on it! It was white and the body was compliments of Introzzi in Como who often put together special versions of the Romeo F12. By night it slept covered in a small office. Its hull was handled directly by the personnel responsible for the bodywork. Certainly it was starting to show some signs of time; a yellowed headlight, a few scratches here and there, the white faded towards grey....but the important thing was to get a promise; this was easy given our close friendship over the years. When the time came I would be the first to know.

As always, the moment came. A couple of years later my friend Emanuele decided it was time to sell everything and exchange the smell of solvent for that of the seaside. At a very reasonable price the A12 also moved house. After a new paintjob its original white shone once, a little bit deeper cut and a pair of new tires; there it was, ready for the breach once more.

Not that driving an A12 “platform” is an experience that you’re going to wake your friends up to describe, but sitting up front with that platform behind you gives the mild sensation of being at the helm of the USS Forrestal. You want to turn around to be sure all that is following you. With its chirpy engine, straight steering wheel and front wheels under the seat, the A12 can tempt you to do some “number” in city traffic. The cabin is small but comfortable and had room for two, being that in the middle sits the four cylinder engine from the Giulia 1300. If it weren’t for the dated soundproofing of the engine practically in the cabin, one could relax a bit on medium distance voyages. These days I’m used to going about 70-80 km/h and being overtaken by old Panda Diesels. The 53 horsepower (DIN fortunately) is certainly not at the level of today’s light trucks, but thanks to a well bred twin cam shaft that could get up over a hundred on the better versions. Tow - bar No, my A12 is like mama Alfa and papa Introzzi made it and if the these trucks have hearts, then now this son of Romeo has found his Giuliettas. 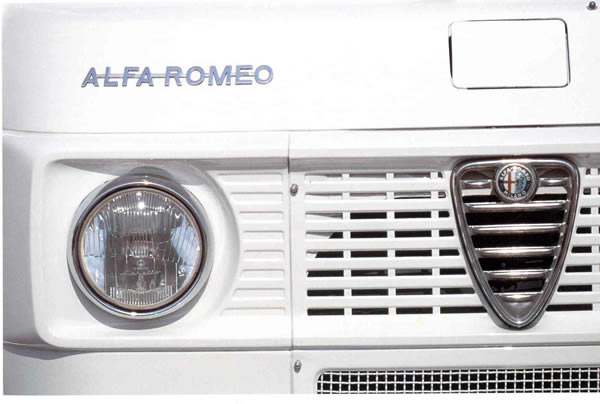 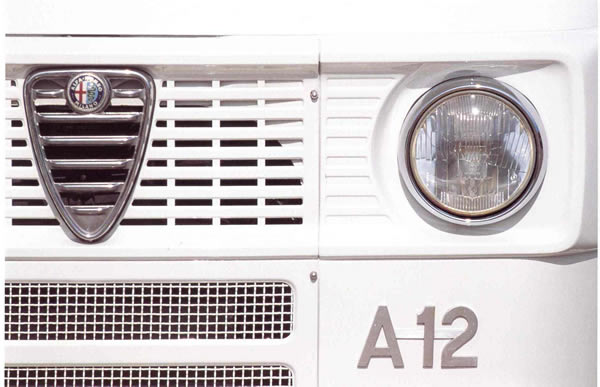 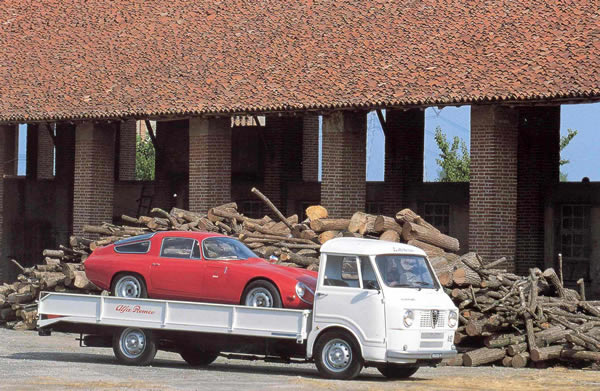 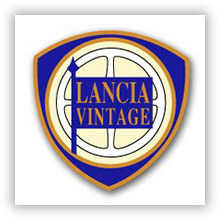 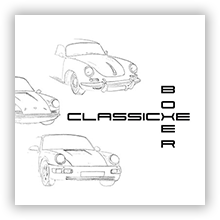 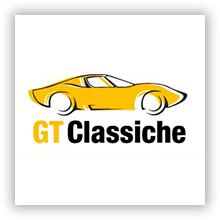 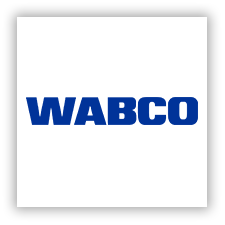